Name of Parntership: Reaching the Muslim World through Christian Satellite TV, the Internet, and Social Media 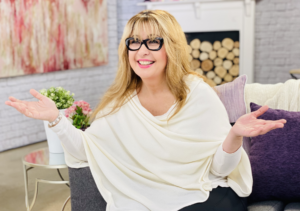 Isik Abla Ministries represents the Christian Satellite TV/Internet/Social Media Ministry of Isik Abla, a Muslim background believer from Turkey who broadcasts her programs in Turkish, English, Farsi, Urdu, and Arabic to a global Muslim audience. Isik is considered by many mission experts and donors to be among the most effective evangelists to the Muslim world today, with more than 6 million Facebook followers. The purpose of this project is to promote her programs though the means of a robust social media ad campaign which will enable a minimum of 1,000,000 Muslims around the world to be exposed to her media ministry and hear a clear presentation of the gospel message. For those who do respond via call-in, Facebook, or social media messaging, a folllow-up team of online missionaries will engage their questions and begin the discipleship process which will turn seekers into believers, and believers into disciples.

In 2009 Isik Abla began producing a pre-taped program called Light for the Heart to air over Kanal Hayat, a 24/7 Turkish language Christian TV channel. Her programs rapidly became the most popular programs on the channel. In 2011 she began producing a live, weekly call-in show called The Way, the Truth, and the Life. Viewer audience began to skyrocket.

As one long-term missionary to Turkey commented concerning these programs, “Isik has changed the equation here in Turkey. She presents a new, Turkish face that is breaking down the stronghold that all Turks have to be Muslims. For the first time, every Turk in Turkey can hear the gospel being presented in a clear, uncompromising way from another Turk.” God is now using Isik, a former Muslim woman who experienced abuse, pain, and suffering under the religion of Islam, yet found freedom in Jesus Christ on the day she was planning her suicide, in an extraordinary way to touch the lives of millions of people around the world. 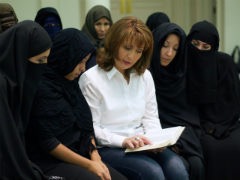 2011 The Way, the Truth, and the Life programs were translated and dubbed into Farsi and aired on Mohabat TV (the “Love” channel) to reach Iran, Europe and the Farsi-speaking world.

2013 Because of viewer interest and the opportunity to minister to Muslims on a global scale, Isik began producing Embracing New Life TV programs in English that are aired on INSP TV (Inspiration TV). INSP TV has a footprint reaching 175 million households in the Middle East, Europe, Central Asia, Africa, Australia and New Zealand. These programs are seen in countries like Afghanistan, Pakistan, Egypt, Iraq, India, Indonesia, South Africa and Haiti.

2014 English language shows were translated and dubbed into Urdu to reach Pakistan.

2016 English language shows were translated and dubbed into Arabic, airing on Alkarma TV, which has a footprint that covers the globe. Alkarma, which means “the vine” in Arabic, airs 24/7 on 10 different satellites, on four different channels, as well as on a 24/7 local USA channel.

English language shows were translated and dubbed into Arabic, airing on Alkarma TV, which has a footprint that covers the globe. Alkarma, which means “the vine” in Arabic, airs 24/7 on 10 different satellites, on four different channels, as well as on a 24/7 local USA channel.

Facebook Live “Dream Church” began airing twice a week. The format for her shows includes preaching, teaching, testimonies and interviews. The material for these programs comes largely from Isik’s own life experiences as a former Muslim woman who experienced abuse, pain, and suffering under the tenants of Islam, yet found freedom, deliverance, healing, life, joy, peace and purpose in Jesus Christ.

Isik produces approximately 100 new programs per year, broadcasts on 5 continents, in 5 languages to approximately 384 million households around the globe.

Afghanistan: Isik’s gospel programs have been reaching Afghanistan for almost a decade. In spite of the tragic events that have taken place in the country in 2021, approximately 485,000 people in Afghanistan follow Isik’s ministry through Facebook. Additionally, there have been 1,298,000 followers from surrounding countries, including Iran, Pakistan, and Tajikistan.

“Dear Isik Abla, I was a devout Muslim and a Qur’an teacher. I was angry and hurtful. Over the years as I was praying five times a day, I started feeling lost. I started searching. A very difficult journey began as I was looking for answers. Then after watching your programs one day I said, “The true God couldn’t order to kill people. The true God only gives life like Jesus, and does not order to kill people like Mohammed. Because of your programs, today I know the truth and I have a new life. I am a student of the Bible today Qur’an. Thank you for telling the truth. All the world needs to hear it!” 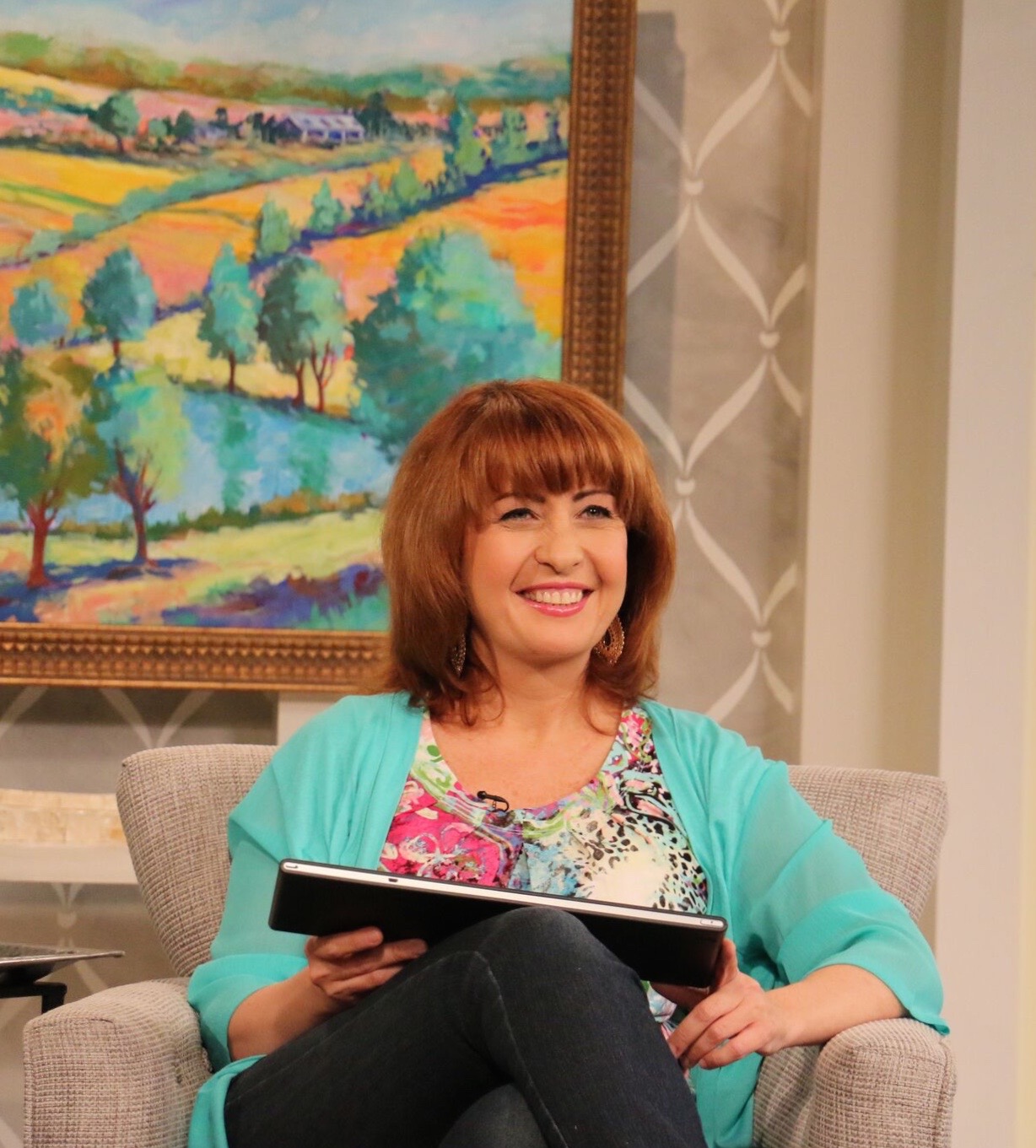 Isik was born in Istanbul, Turkey. She was raised—and physically abused—in a devout Muslim home, only to escape into even deadlier abuse by a Muslim man. When she looked to Allah for answers, Isik found that he, too, was angry, impersonal, and hateful. Nevertheless, she held tight to the god of Islam, immersing herself in Quranic studies and convincing herself that her god was perfect. More and more, study and hard work became a refuge. Isik entered college when she was only sixteen and earned a bachelor’s degree in literature at age 19, followed by an advanced business degree. She worked in executive positions for some of the largest corporations in Turkey and traveled extensively throughout Europe.

In 1996 after the abuse nearly killed her, she fled. Her dreams of finding love and were shattered when she found herself in yet another abusive relationship. She hit the bottom but on the day she was planning to end her life, Jesus revealed himself to Isik in a miraculous way. She surrendered her life to Jesus and everything began to change for the better. As she received Jesus’ inner healing, for the first time in her life Isik experienced joy and peace beyond her understanding.

Funding for this project will focus on targeted, social media advertising to “boost” Isik’s shows and drive traffic to her Facebook page, where Muslims will be able to view 24/7 Internet TV streaming, YouTube videos, and hear clear gospel messages and teaching in their own languages. Her website also provides links to other Christian sites, downloads for Bibles, and other helpful resources.

This is an incredibly cost-efficient way to expose significantly large numbers of Muslims to the gospel. Based on past experience, every nickel spent on social media advertising on Facebook will drive one seeker to Isik’s Facebook page where he or she will be able to hear a clear gospel message.  An investment of $100 would reach 2,000 people—meaning that 2,000 Muslims would respond to the social media advertising, go to her Facebook page, and be able to view one of her programs. download and view one of her programs 100,000 people will respond and see a just a portion of a program, including the synopsis and title and a few minutes of the video.

Below are several giving options to support this project. IAM plans to use the funds committed to boost Isik’s programs in different languages to reach different targeted audiences (in Turkish, Arabic, Farsi, Urdu, English, and Indonesian.).

(To be applied to social media ad campaign).