The world population has grown to more than 7.3 billion people, but more than 1/3 of them have never heard that Jesus Christ came to be their Savior. In India alone, more than 80,000 people die each day without ever having heard the good news of the gospel. There are 1.6 billion Muslims in the world–close to one out of four people on this planet. 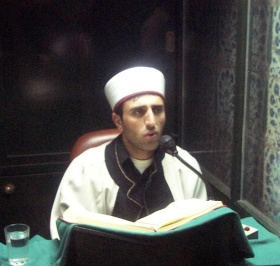 More than 60 percent of the world’s population lives in countries closed to Christian missionaries from North America. Two thirds of the estimated 1,700 nations (ethnic/language groups) which are considered “unreached” for Christ live in countries that ban North American missionaries.These statistics represent formidable challenges for Christians in the western world as we consider our part in God’s plan for worldwide evangelism and seeing a witness for Christ established among all nations.

Fifty years ago in the USA the concept of a missionary was one of an American who left the comforts of his or her home to serve the Lord in some foreign country. The idea of supporting indigenous missions was barely being born in the minds of American Christians interested in seeing the world reached for Christ. By the early 1990s, there were only a handful of Christian organizations that focused on supporting indigenous mission initiatives. But today, as we’ve entered this new millennium, there are numerous organizations, and countless churches and individuals that are catching the vision and recognizing the value of adopting this new strategy in world missions. Won’t you join us in this unprecedented opportunity to reach the world for Christ?