Hope for the Nations—Holistic Ministry to Syrian Refugee Families, le 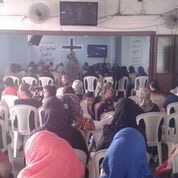 In 2012 Horizons International took over a safe house/ministry center located on the border of a major Palestinian refugee suburb in Beirut, Lebanon. Today, Hope of the Nations Evangelism, Discipleship, and Training Center has reached capacity with hundreds of spiritually thirsty Syrian refugees, many of them women, flooding to the Center.  Probably 80% are Kurdish Syrians. Of these probably 80% are from the areas of Aleppo or Afrin. 10% are Armenian Christians, and the remaining 10% are mixed – Sunni Arabs, Shiites, Alawites, etc. Many of those who have come to Christ have testified that before becoming Christians they used to hate certain people groups, but have now found themselves worshipping and studying the Bible alongside people from other groups and have felt a unity in Christ that they never would have imagined. Weekly services are held at the Center which attract between 200-300 people and the number of weekly activities—Bible studies, women’s meetings, childrens meetings, etc., is between 25-30. Dozens of these new Muslim converts are being discipled by a team of 18 national staff and interns. In the spirit of collaborative Kingdom-building, Horizons encourages the local churches in Beirut to “steal its sheep”. The Center partners with over 32 volunteers from 18 main partner churches. They rent six buses per week and bus over 150 refugees from the Center to their weekly services.

This project seeks to expand Horizons’ capacity to minister to the physical, spiritual and emotional needs of refugee families who frequent the Center.

In 2021, Horizons Int’l has seen 3,610 proclamations of faith in Christ at their ministry centers in Lebanon and partners churches and 1,988 people in discipleship relationships. Their Lebanon Crisis Fund has empowered a network of 97 local evangelical churches to minister to refugee and Lebanese families on an unprecedented scale. This has resulted in thousands of people proclaiming faith in Christ and being discipled. Horizons also purchased 5.27 acres of farmland in Lebanon’s Beta Valley. Plans are underway to build a working farm, ministry center, and missional community that will support local churches. In Lebanon, they were also able to:

1) Humanitarian Aid: Many refugee families first hear of Horizons’ Center in Beirut through other refugees served there. 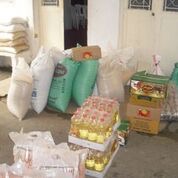 They often come looking for humanitarian aid (food, blankets, mattresses, and medicine) and are greeted by staff that assess and provide for their immediate needs, and sign them up for monthly assistance.

2) Prayer Ministry: Many refugee families come asking for prayer, having heard stories of relatives or neighbors healed through prayer. Horizons staff members, interns, and volunteers are available throughout the day to receive prayer requests and spend time talking with refugees. Staff members hear of their hardships, share the gospel with them, teach them about prayer, and pray with them. More refugees have surrendered their lives to Christ during these times of prayer and sharing than any other aspect of the ministry at the Center. 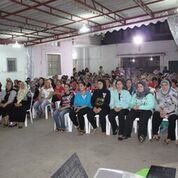 3) Women’s Ministry: 70-80% of the refugees who frequent the Center are women and girls. In 2014 Horizons was able toassemble a team of capable, godly women to further develop this aspect of their ministry. In 2015, women’s ministry included multiple levels of discipleship classes, allowing women to be with others at the same level of study. Horizons has created a private space for women at the Center where the team can engage in relationship building and crisis counseling – a place where women can cry and share their deepest pains without feeling embarrassed. 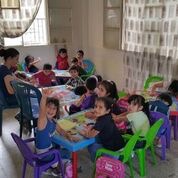 5) Home Groups and Visitations: Horizons staff and volunteers follow up with families who come to the Center through home visitations. Initial visits are mostly social in nature, in order to show families personal attention and care. Subsequent visits focus more on prayer and Bible study. Spiritually interested families begin hosting regular weekly home group meetings, led by a Horizons staff member or volunteer. Often this is a way that the non-believing husband of a believing wife is reached.

“2021 has been an historic year for the spread of the gospel. Many believers were tempted to give in to hopelessness and despair amid the global upheaval caused by the Covid pandemic, economic hardships, and socio-political divisiveness–but in the darkest of times, God’s light shines all the more brightly. Seasons of difficulty test and strengthen the Body, and reveal new opportunities to save the lost.”–Georges Houssney

Georges Houssney, Founder and President of Horizons International was raised in the predominantly Muslim city of Tripoli, Lebanon, and came to the Lord as a teenager. At a young age he began to sense God’s call for full-time service among Muslims: preaching, teaching and planting churches. His background in psychology, linguistics, and intercultural studies has contributed to the production of two books in Arabic, Bible translation projects in Arabic and Kurdish, an indigenous Arabic Bible study curriculum, and the thirteen-year publication of ReachOut to the Muslim World. Georges has traveled to ninety-eight countries resulting in forty years of experience in evangelism, discipleship, and church planting.

Pierre Houssney, Georges’ son, is a Lebanese-American who grew up in the context of cross-cultural ministry among Muslims and international students. He holds a Bachelor’s degree in Psychology from the University of Northern Colorado, and is fluent in English and Arabic. He has been in full-time ministry with Horizons International since 2006, and has been an active member of Horizons’ teaching staff and curriculum development team since 2002.  Pierre lives in Beirut, Lebanon, with his wife and family, where he leads a team of nationals and missionaries who run the Center.