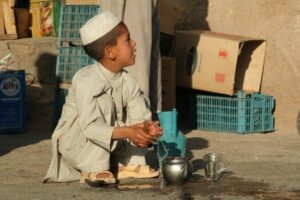 Name of Partnership: Bringing the Love and Power of Christ to Iran—and Beyond.

“We dream of the day when every Iranian man, woman and child will know the love of Christ and the transformative power of the gospel will penetrate, redeem and renew all aspects of society across the nation of Iran.” 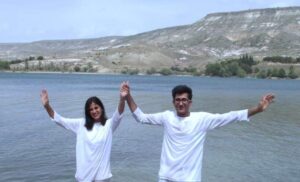 Lazarus and Maggie Yeghnazar were born and raised in Iran and have served the Iranian Church their whole lives. In the late 1980s, following the Iranian Revolution in 1979 and the Iran-Iraq war, along with a numbers of other emigres,  they left Iran to go to Europe. They felt the call of God leading them to prepare the Iranian church and develop leaders for the time that Iran would one day open to the Gospel.

In 1991, they established 222 Ministries, based on 2 Timothy 2:2, to equip reliable men who could teach and train others. For over three decades, they worked and served together as 222 Ministries, grew in impact and in vision. In recent years it became clear that though discipleship and leadership development were still core to the work, the vision had grown to see transformation throughout Iran. In November 2022 ‘222 Ministries’ became ‘Transform Iran.’

Through this ministry, and by the grace of God, churches have been established in 17 nations including hundreds of underground churches in Iran and seven in Afghanistan, more than 100,000 have become followers of Christ, thousands have been directly discipled, and thousands of leaders have been trained and released into ministry. 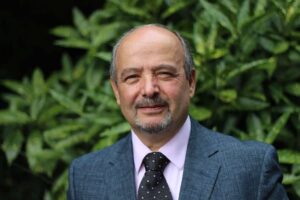 Lazarus Yeghnazar was born in Tehran, Iran in 1949 to an Armenian Christian family. At the age of six he saw a vision of Jesus and committed his life to His service. At 21, Lazarus was ordained as an elder at the Central Jamaate Rabani Church in Tehran and appointed as a member of the General Leadership of these churches across Iran.

Having a flair for business, Lazarus also established Pars Link, one of the frontrunning electronics engineering firms in Iran and became a successful international businessman. At 30, he founded and led the first Tehran chapter of the Full Gospel Businessmen’s Fellowship International.

Lazarus also established Pars Link, one of the frontrunning electronics engineering firms in Iran and became a successful international businessman. At 30, he founded and led the first Tehran chapter of the Full Gospel Businessmen’s Fellowship International.

He was imprisoned twice before he was 25 for preaching the Gospel in different cities in Iran (during the time of the Shah). After the Islamic Revolution, when the hostages were captured at the American Embassy, he was the only one called upon to conduct Christmas and Easter services for the hostages.

Lazarus also established Pars Link, one of the frontrunning electronics engineering firms in Iran and became a successful international businessman. At 30, he founded and led the first Tehran chapter of the Full Gospel Businessmen’s Fellowship International.

Lazarus is a visionary with a pioneering spirit. 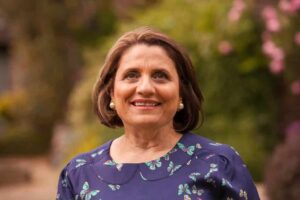 Maggie Yeghnazar was also born in Tehran, Iran in 1953, to an Armenian, nominally Christian family. At the age of ten she accepted Jesus as her Lord and Savior and became absorbed into all aspects of spiritual life and service in the newly established Iranian Church in Tehran.

From her teenage years, Maggie has committed herself to serving wherever there was a need. Her main passion has always been studying and teaching the word of God – an area of great gifting. She has taught in various Bible schools, conferences and TV programs both inside and outside Iran, sourced and translated countless books to edify the body, and developed strategic groundbreaking discipleship courses for the growing Church in Iran.

An ordained minister herself, she is one of frontrunning female voices in the Iranian Church and has paved the way for many women to stand up and be counted in the mission. She continues to inspire and mentor men and women across Iran and the Iranian Diaspora to follow the call of God on their lives.

Currently, Global Opportunities is supporting Transform Iran’s work among the Afghani Christians. Since August of 2021, when the Taliban took over Afghanistan after the U.S. withdrawal, Operation World has ranked Afghanistan as the most dangerous country in the world for Christians to live, eclipsing North Korea that held that spot for two decades. The Taliban have been doing house to house searches for Christians. Many of them have been driven from their homes and forced to flee to other countries. Some have gone into hiding. Those that have been found have been tortured and killed, young girls and women have been raped and taken as sex slaves, or sold in the market. This is a terrible time for Christians in Afghanistan. Some, however, have chosen to stay to minister among their people. Transform Asia maintains contact with many that were in their network prior to the Afghanistan takeover, and helps provide encouragement and financial support to those in need.